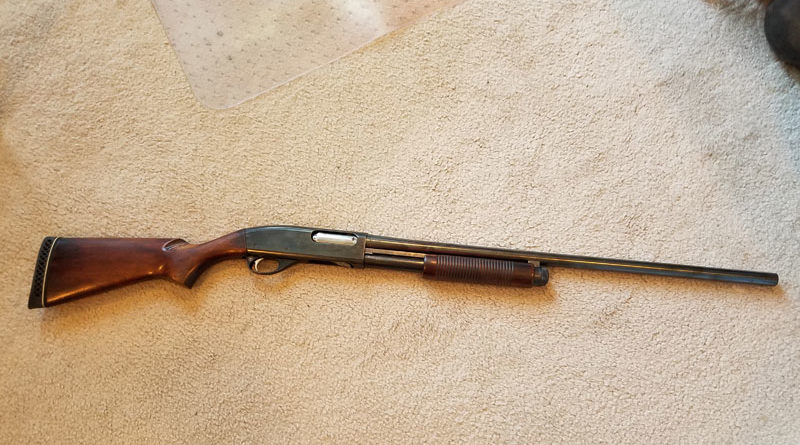 This is Bwana’s beloved 12ga. Remington 870. We’ve modified about everything we could on this particular gun. When in doubt Bwana will throw this in the truck for virtually any situation that might involve a shotgun. That said it is missing something that he felt the need to remedy – a sling. Since he does wind up hauling it around a field quite a bit he got tired of carrying it in his hand. He decided to fix that. 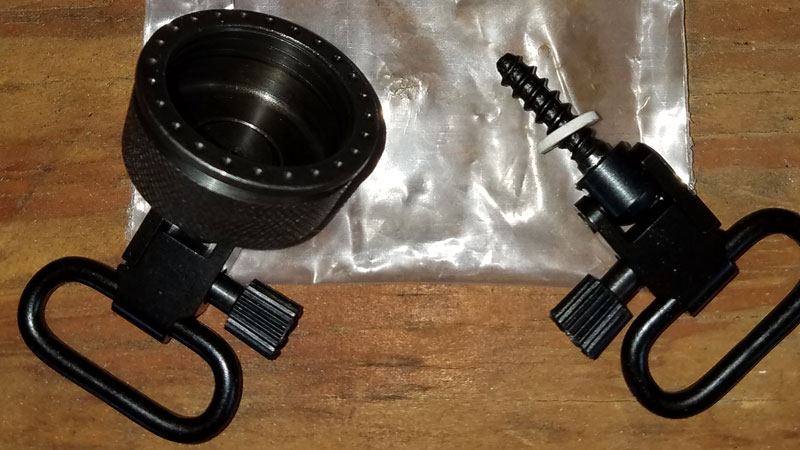 Because this is an 870 the easiest way to add a strap is to buy a set of sling rings. Because there are endless kinds that are basically as good as any other there’s no real need to go into which brand here but we went with a popular brand that is found everywhere for less than $15. A swivel cap set for an 870 comes with a cap ring and stock stud – pictured here. 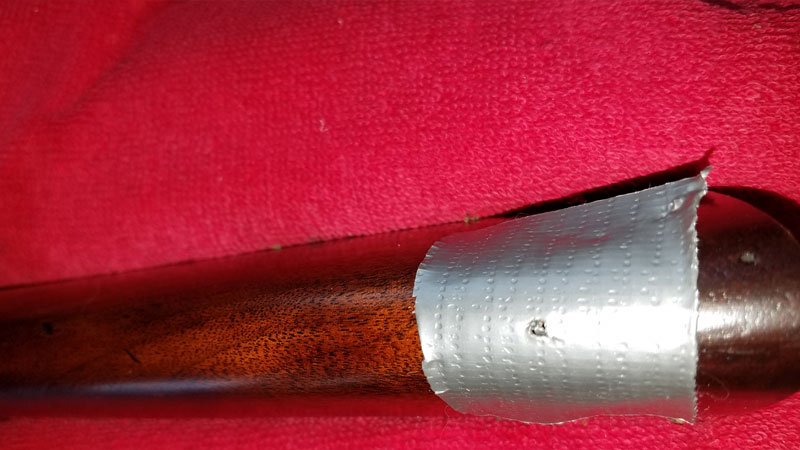 The cap ring is the simplest thing on the planet to install as it just screws in and replaces the magazine tube cap already on the gun. The stock stud, however, requires a shade of planning. First, put a piece of tape a few inches up from the butt of the wooden stock. Then roughly 2.5 inches away from the end of the stock make a mark as close to dead center along the vertical spine as you can. This will allow you to screw the stud in and miss any recoil pad mounting screws.

If at all possible mount the gun in a padded vice to prevent movement. Drill the hole as straight as you can a drill press is best but whatever you use, try to drill as straight as you can. The good news is this is the only even slightly difficult issue in the whole process. If done right the whole thing takes a few minutes and you are ready to go. 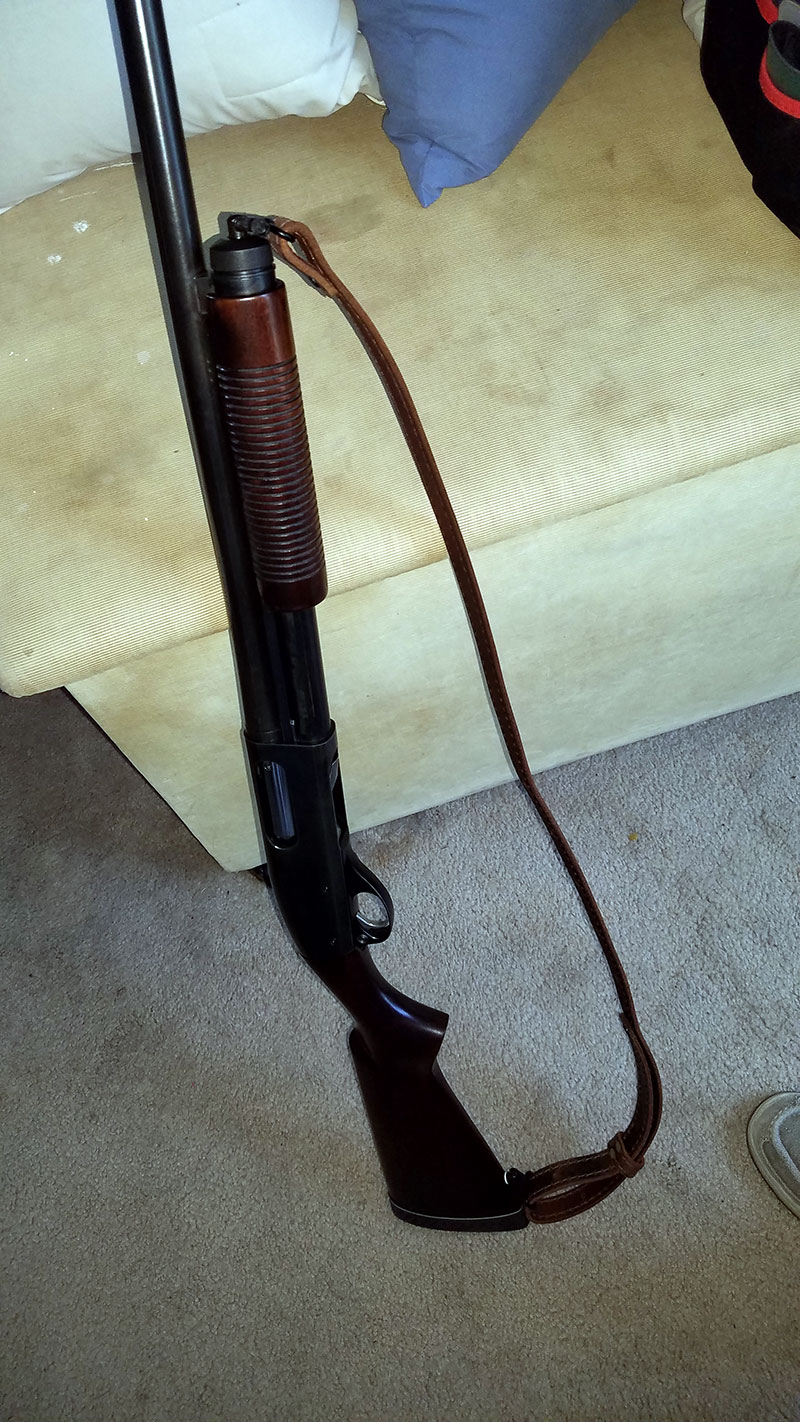 The only thing left to do at this point is to rib the old man about how incredibly crooked the whole affair is. Whether it is or not, remember, you’ve never seen a more womp-a-jagged affair than whatever he’s managed to kludge together.