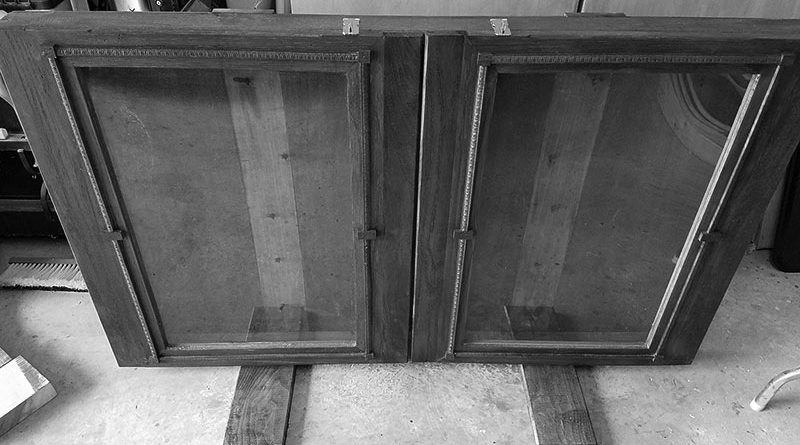 In the last couple years, I’ve picked up a few guns. Okay, That is something of an understatement really but let’s go with ‘a few’ and leave it there. I don’t like piling them in bags and locking them away for a few reasons. One, the safe is a little full and two, I’d like to look at them. A display case seemed like it was the way to go. It’s a simple request and one many other folks have done – and most likely done better. So I looked for pricing and styles for something that would fit the bill. The ideal display unit would feature 3 to 5 long guns but not in the vertical bottom facing way that many standup units use. My space would be a tabletop or wall mounted unit. 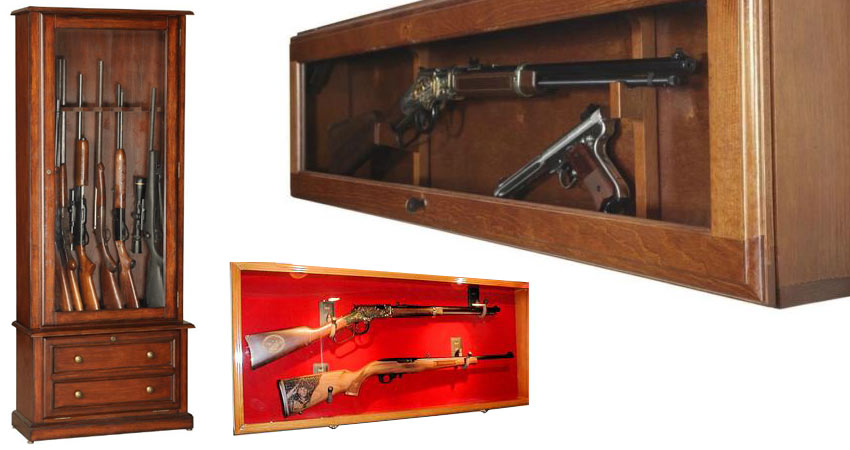 The pickings were pretty slim in that form factor and anything I liked was either expensive, an entirely too tall floor standing cabinet, or for some reason only held one or two long guns. I decided to scrounge what I could for the project and do it DIY style. Your mileage may vary of course but what I was going for was “as cheap as possible” for a custom display case. Cash wasn’t a resource I wanted to donate a lot of to this project so what I could find lying around was the ticket. This added with a little creativity finding materials would go a long way in my mind.

*Full discloser: I completely admit it helps to have a garage full of tools and leftovers from past projects. But I still hold that good scrounging skills will go just as far. 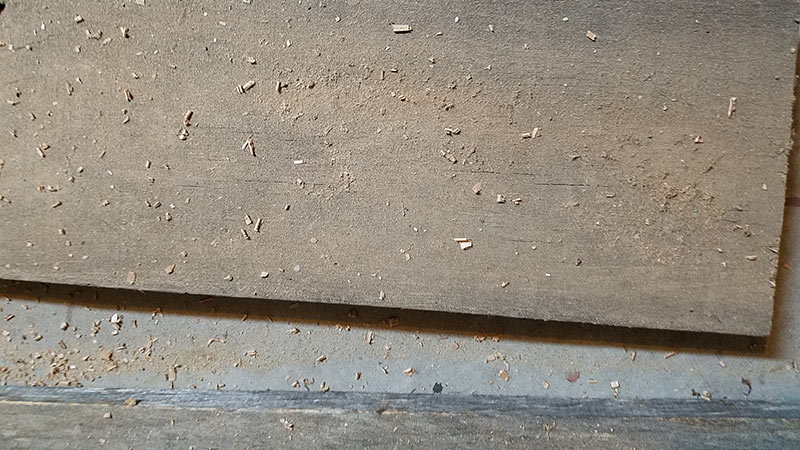 With that said, the first step was wood. I needed a fair amount of it for what I  had in mind and found it in the form of an old reclaimed piece of White Oak (10′ x 13″ x 2″) from a barn that was zero dollars – some assembly required. It has some issues and bits that wouldn’t work and the outer surfaces were a bit rough, to say the least, but this would serve as the backbone of the project. 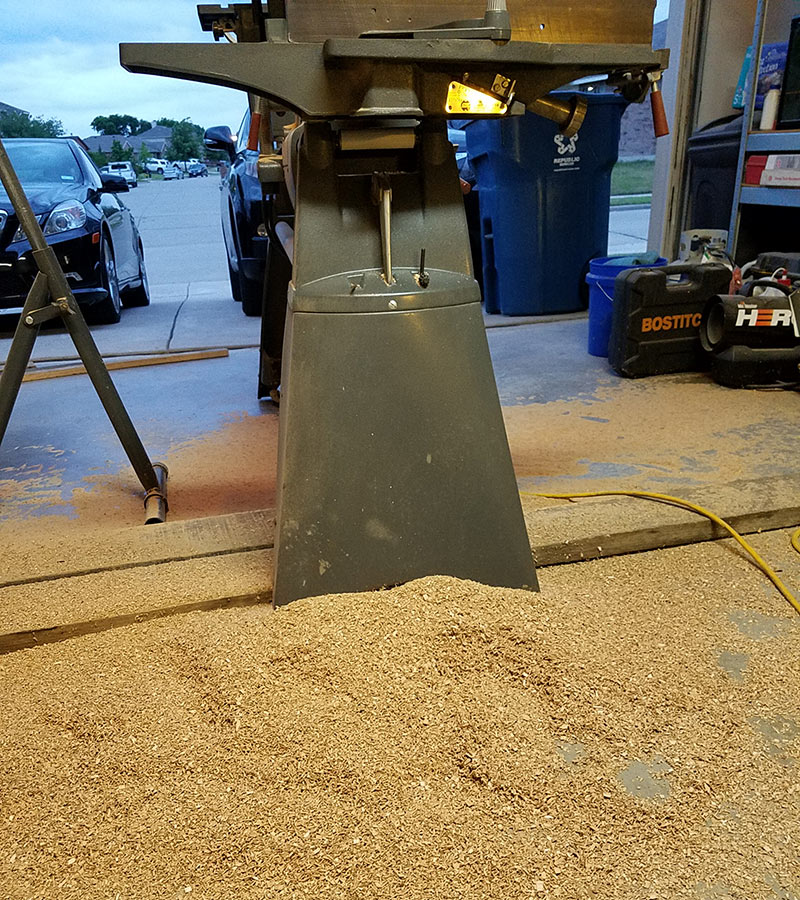 Enter a lot of table saw and planer work. It was messy a little itchy with that much dust and shavings floating around but totally worth it.

What I ended up with was a bunch of 2.5″ x 7/8″ strips of White Oak. The planing process and cutting the bad spots out lost a chunk out of it but I was left with some decent pieces to make a go of it. Some of these pieces would need to have bits cut out of them and are a bit rough in some areas but, again, I’m shooting for cheap – reclaimed barn lumber isn’t always pristine. 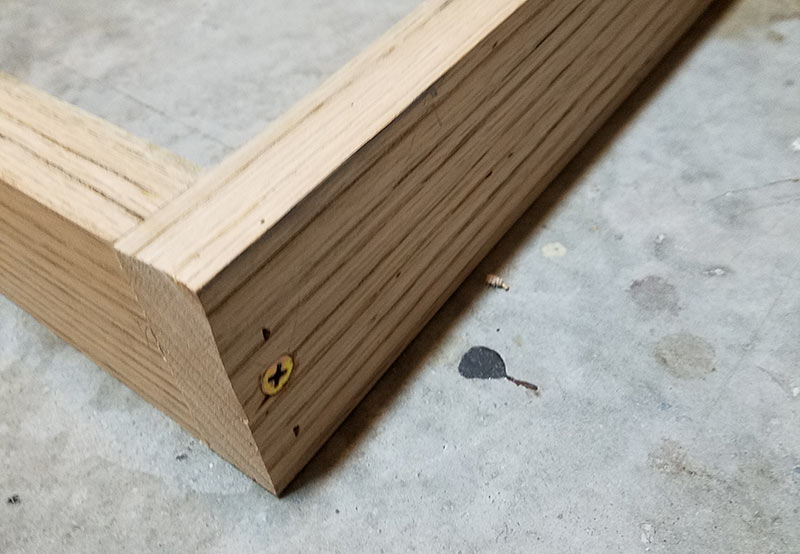 Next came the frame everything will be attached to. This is obviously not going to be one of those projects where craftsman with beards make an artistic statement about the values of making Amish level pieces with sweat, heirloom tools, and dovetail joints to last the ages. I used woodglue. Then brad nailed the corners together to hold it so I could predrill for a 3-inch woodscrew. Then drove said screw home at each corner. 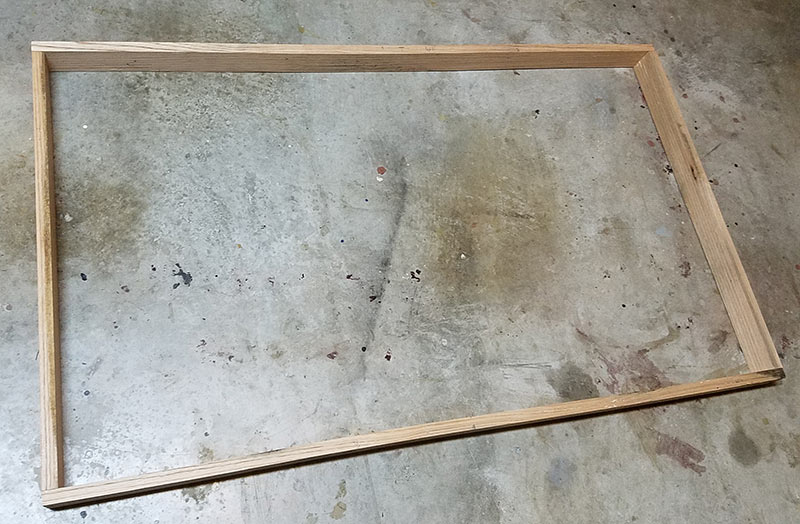 This case is going to hold shotguns of varied length. Most smart people would have laid things out and have measurements down to a sixty-forth of an inch. I knew the longest gun was 52″ so I added 7 inches to allow for the inset of the side frame pieces and a space on either end and declared victory on the frame. Behold this – a box on the floor and a Mossberg resting on cardboard!

In part two we do doors! Yes, yes I know, try and contain the butterflies. Kidding aside I think it did turn out pretty well by the end and hope it will help others get what they need without spending a bunch as well.