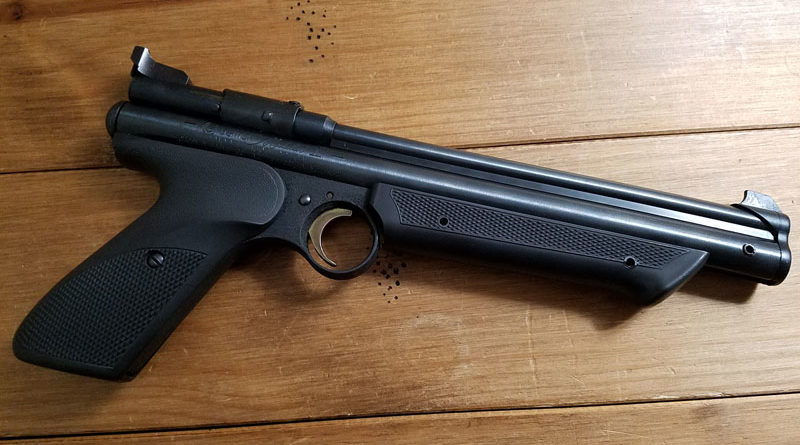 Before anyone works up any righteous indignation and starts in on the ‘Airguns are not firearms!’ diatribe let me head that off right now and say – I know and you are completely correct. An airgun doesn’t belong in the same ring as a real firearm, in fact, some might argue they aren’t even the same sport. However, with that out of the way let me say that it is indeed still a gun and in this case, a very special one in my family. Let me explain. 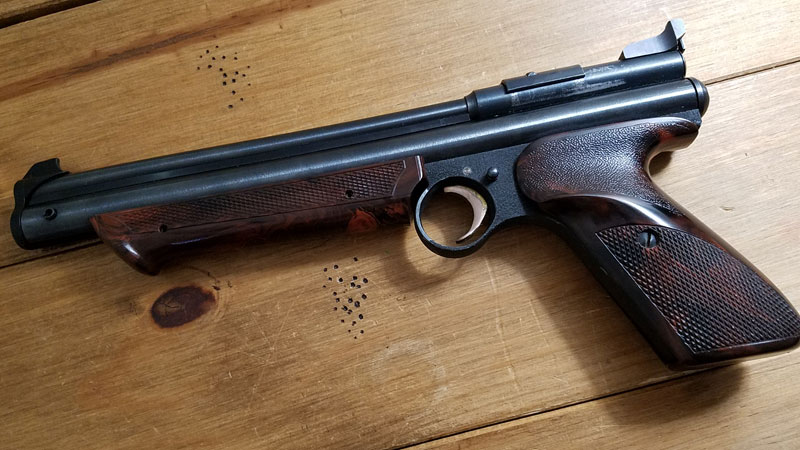 What you are looking at is the Crosman 1300 .22 caliber air pistol – and this one has taught 4 generations of my family to shoot. Originally it was my grandfathers, then my fathers, then I learned to shoot with it, and this last weekend on a hot July morning in Texas, my daughters learned to shoot with it. For me and my family, this gun has been the steadfast entry into a world of shooting – and it needed some help. 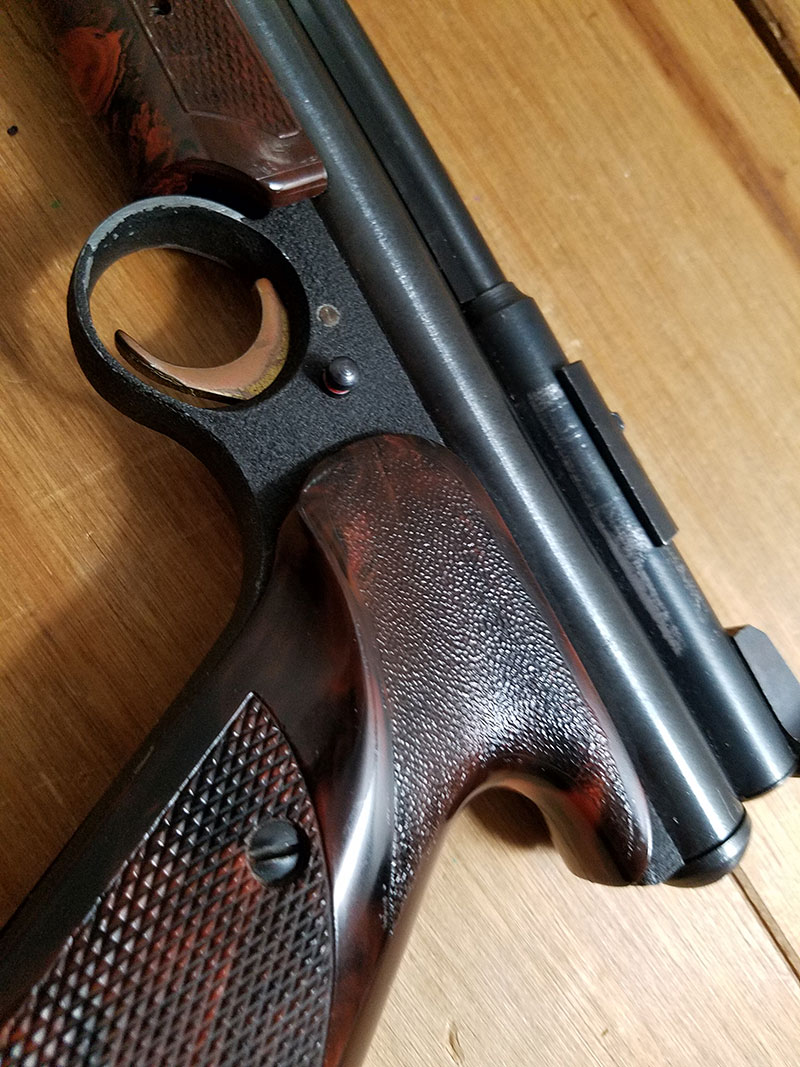 You see, the years have been pretty kind to the 1300 but some wear has been dealt to it over the course of its life. The trigger guard, for instance, has seen better days. 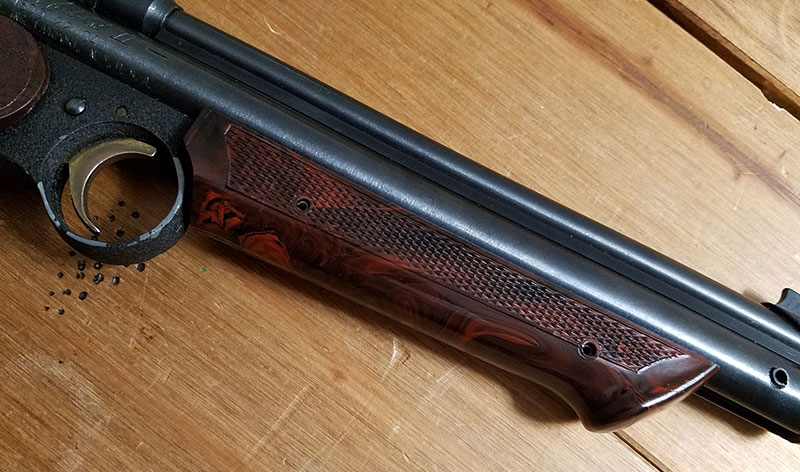 The tortoiseshell plastic had also been not only outdated but a bit banged up here and there. So I went in to do some minor work. 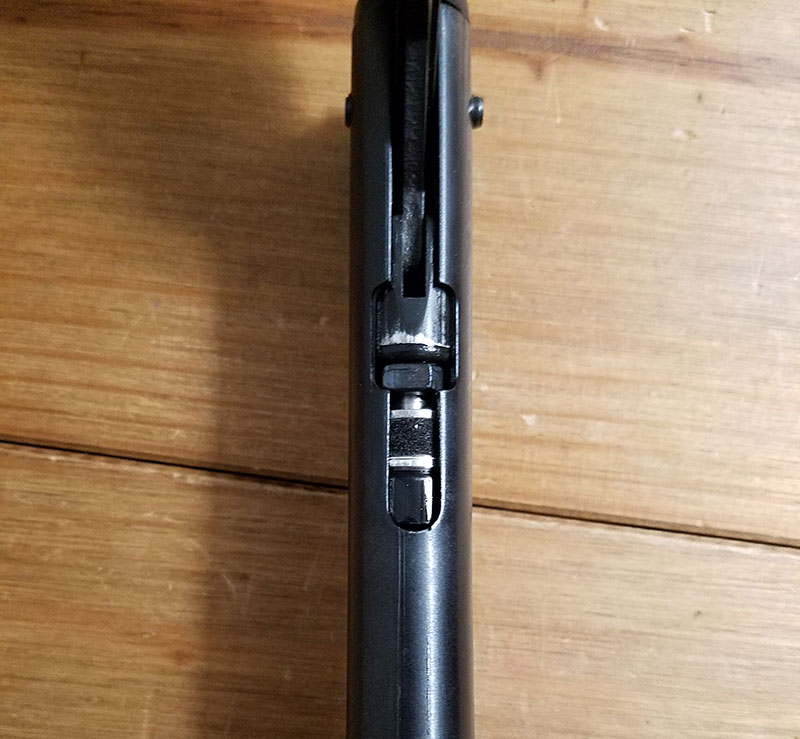 The rust was cleaned off. It was very minimal but there. A few parts of the gun were spot blued with some cold bluing and the gentle hiss of dried up seals were doctored a bit with a few drops of 3 in 1 oil to tighten things up. At that point, we were ready for coating. 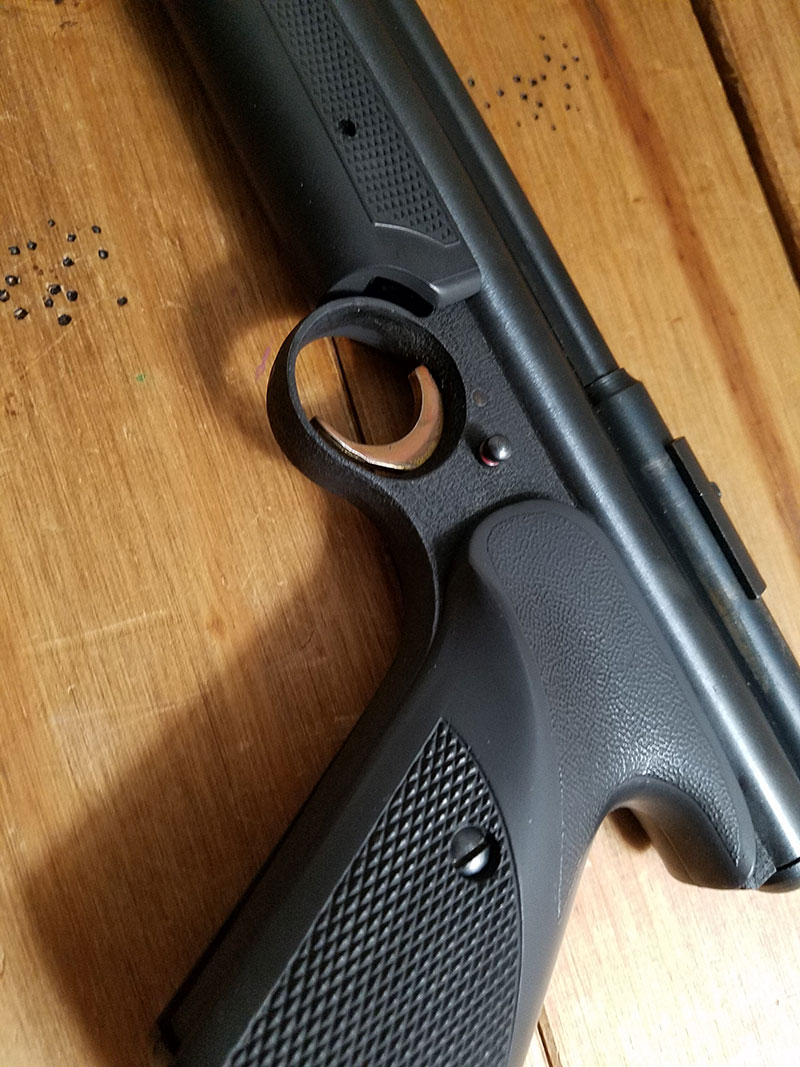 I selected some high-temp, flat, engine paint to do the frame touch up then coat the plastic and give it a more updated look. All things considered, it blended well. 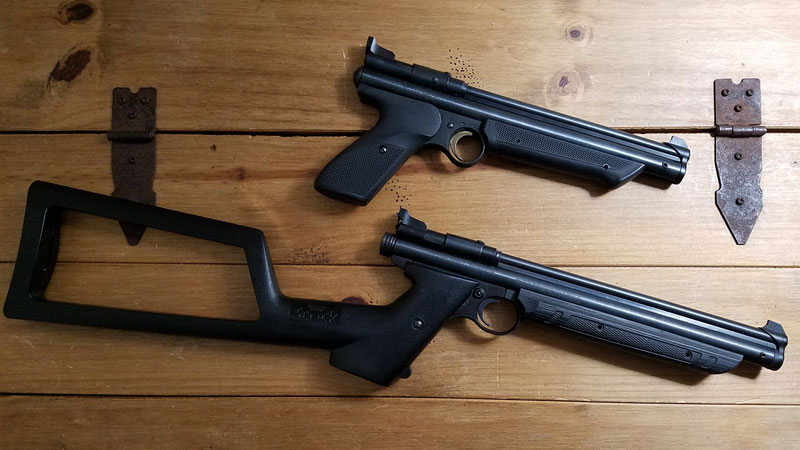 A little care saw our old-timer ready to go. Sitting right next to my 1377 (which is now 30+ years old itself) it cleaned right up and was ready for the next generation to learn the joy of shooting. 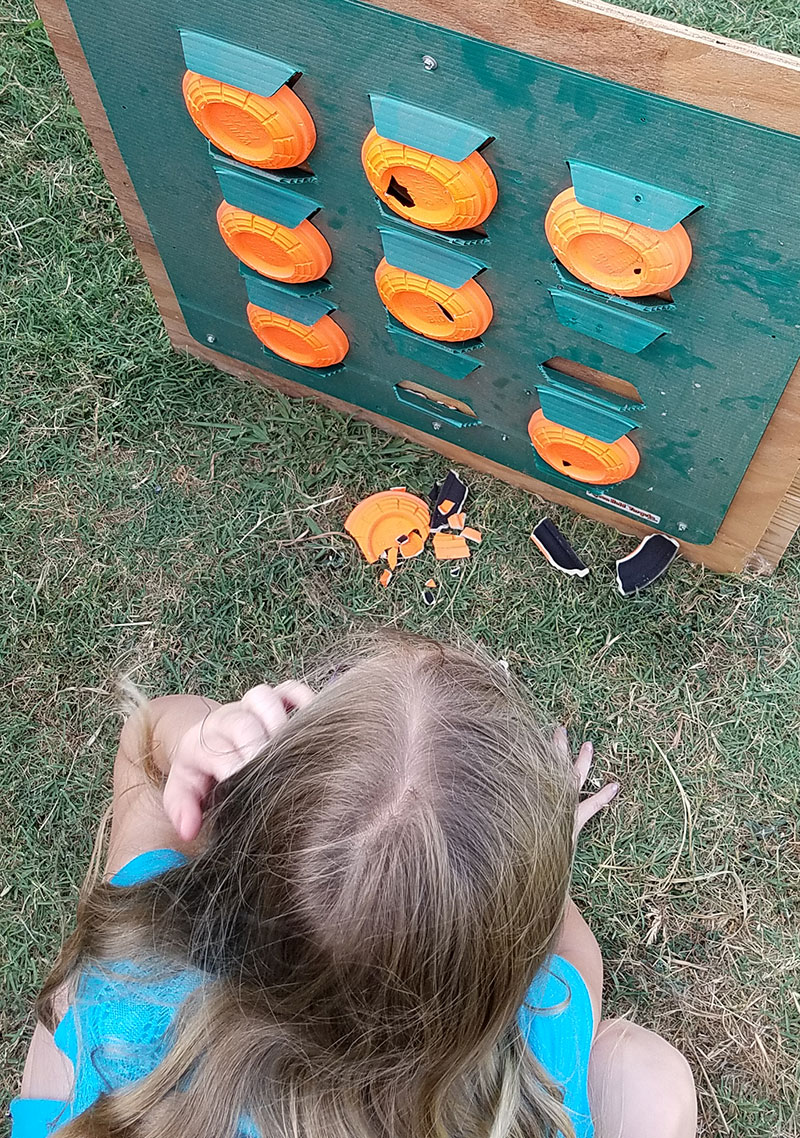 The very next day the 1300 popped stationary targets and water balloons for my girls just like it’s done for the rest of the young shooters in my family – not bad for a 50+ year old air pistol. The girls got the same thrill we all did when we first shot. That same look of joy when hitting a target. They also got the same sense of accomplishment when going to survey the damage down range. In short, it’s still the same game, no matter what year or generation it is.