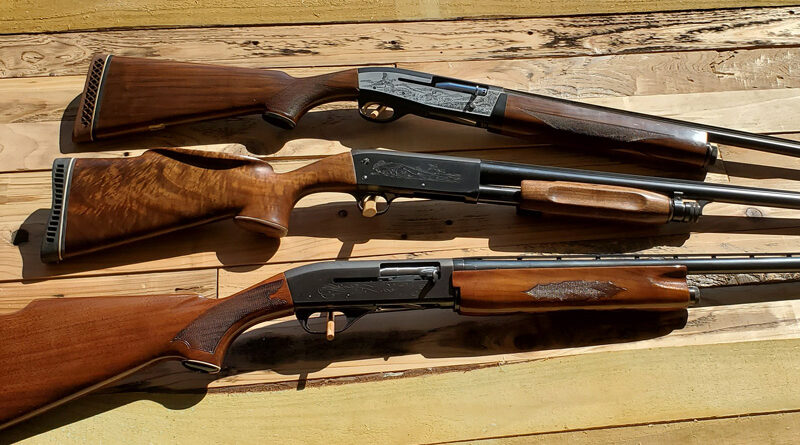 I have a particular weakness for old shotguns. Not just because I find them beautiful, I do, but I also feel the need to rescue every one of them I come across. It is even more so in the case of old Ithaca’s.

Admittedly it’s not that they are particularly valuable, two of the three guns in this picture were purchased for under $250. I just like them. I like the way they shoot and have always held that old Ithaca’s have a classic style and feel that many modern guns lack. From the top down we have the Ithaca 900XL 20ga., Model 37 in 12ga., and the infamous Model 51 also in 12ga. I think the thing that really stands out to me is how different they all really are with each gun having a different look and feel to it. At least to my eyes they do – my other half says they all look the same to her.

What’s funny is as soon as I put the three together in the same collection I got the niggle in my brain that I don’t have a Deerslayer… I’m pretty sure I’m not well.