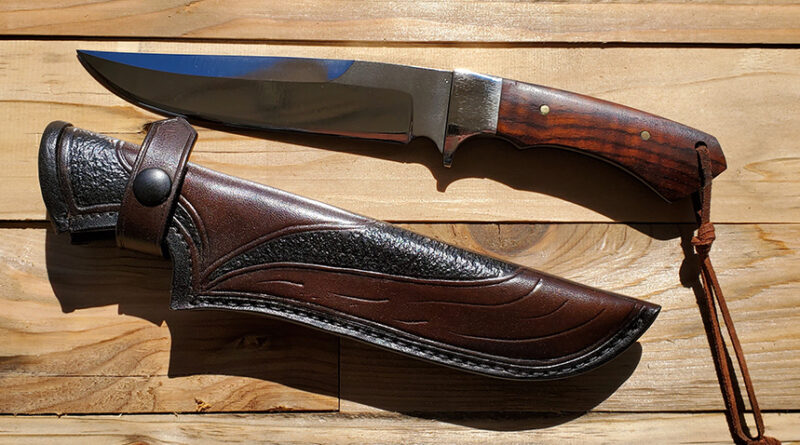 I have a favorite knife. It’s a simple enough statement but one that proved to be a little annoying for me of late. My knife is one that 3 people had their hands in making.

Here’s the deal, in my hometown my father lived next to a blacksmith, Paul. He loved making blades and metal things of all kinds in his shop on the weekends. On one weekend years ago it just so happened that he took a piece of bar stock and forged a rough blade. As artists sometimes do for one reason or another he didn’t want to finish it and let my father and I do it. We ground it, finished the shaping, then I put the scales on it and pinned it (I would later rehandle it (pictured)). Next, my dad sharpened it (he was a professional blade repair and sharpener in the day) and gave it back to me for polishing. It’s nothing special to look at but it works great and I respect greatly both of the other two men who helped make it.

As you might imagine this blade was made to use and use it I have, without mercy, or pause, since it was finished. To that effect I have been through a sheath or two as the store-bought generic sheaths I could find to fit it don’t work out well. It fell out in the woods more than once and because of ill fitment, started to cut its own sheath apart etc. I put up with these issues largely because, well, I am cheap.

Last year Paul passed away and I suddenly looked at this blade in a different light. I couldn’t tell you exactly why, perhaps it’s because I can no longer grab my dad and go next door and replace it should it get lost, but I stopped carrying it. After a while I found this to be unacceptable, I wanted to carry my knife again. I needed a sheath that would secure it to my pack and last as long as the knife.

1. Snapped into the molle on my sling pack 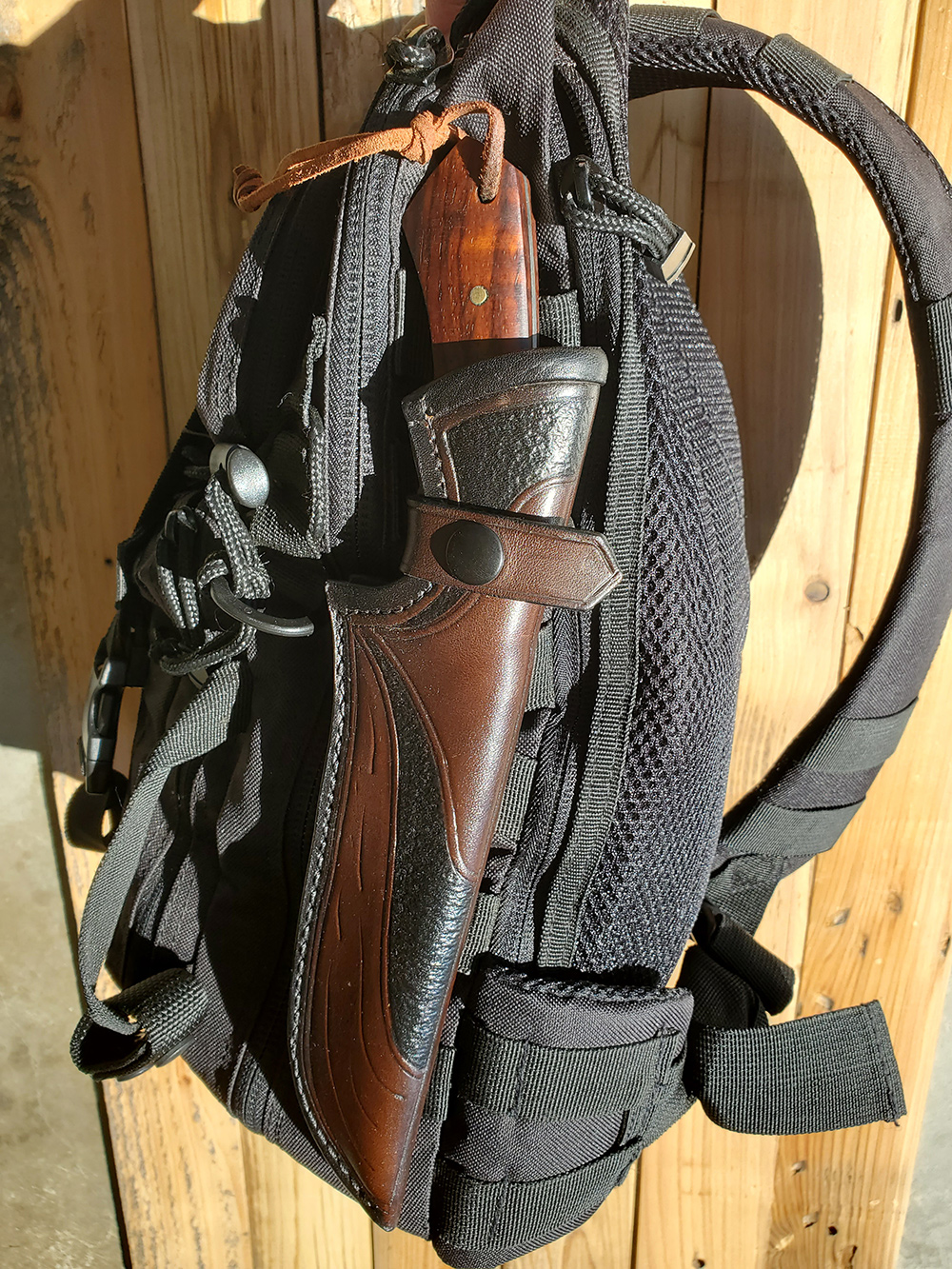 2. Also snapped around the hilt holding the knife in the sheath.

After looking at his work I felt David could handle this task. I filled out the order form and after some back and forth about what I wanted I sent David my knife.

What he came back with was not only what I asked for but was completely beautiful. I can’t thank him enough for his diligent approach to leatherwork. I know the sheath I now have for this blade was complete and total overkill. I’m keenly aware that the advice I got to just order a knife with a Kydex sheath off amazon for $20 and be done with it was most likely correct. I KNOW that was the smart play. However, In the end, I’m carrying around a little piece of Paul, my dad, myself, and now David’s work every time I throw it in the truck. To me, that’s worth way more than the cost I have in it. Great job David and thank you!