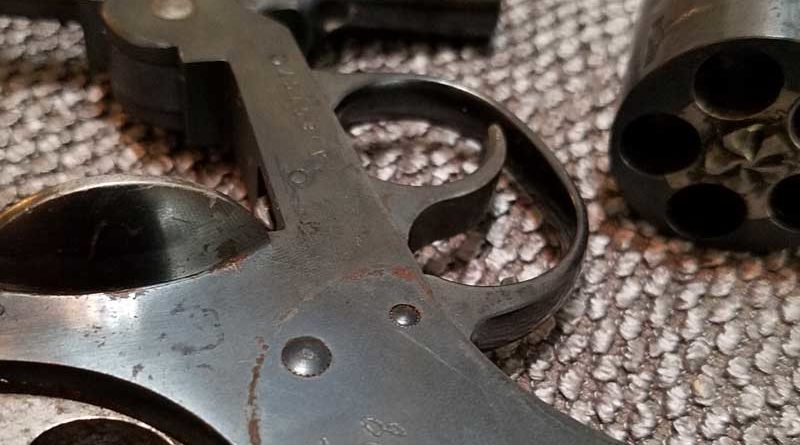 After the purchase of our new project guns for the new rescue series of podcasts, the first patient to the undergo some much needed TLC was the H&R 925. Actually, It needed the most help. As you will see from some of the images below – this little guy has seen better days. Our first duty was to stop the rust and repair as much damage as we could. 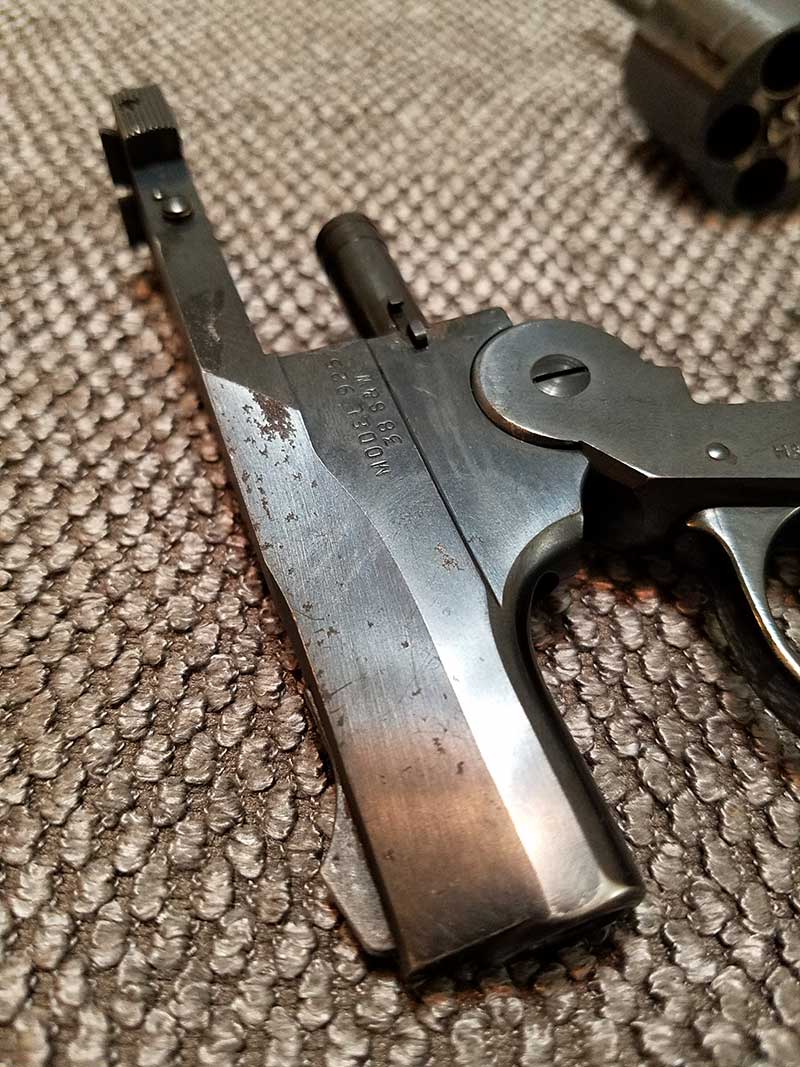 The barrel has a great deal of rust and pitting with a large’ish couple of spots at the top of the frame about halfway back. A lot of these sports are quite deep and won’t be removed all the way after our reconditioning session but might be will be noticeably improved.  This image was taken after a little steel wool had gotten some of the rust out of the pitting to see what I was really dealing with. 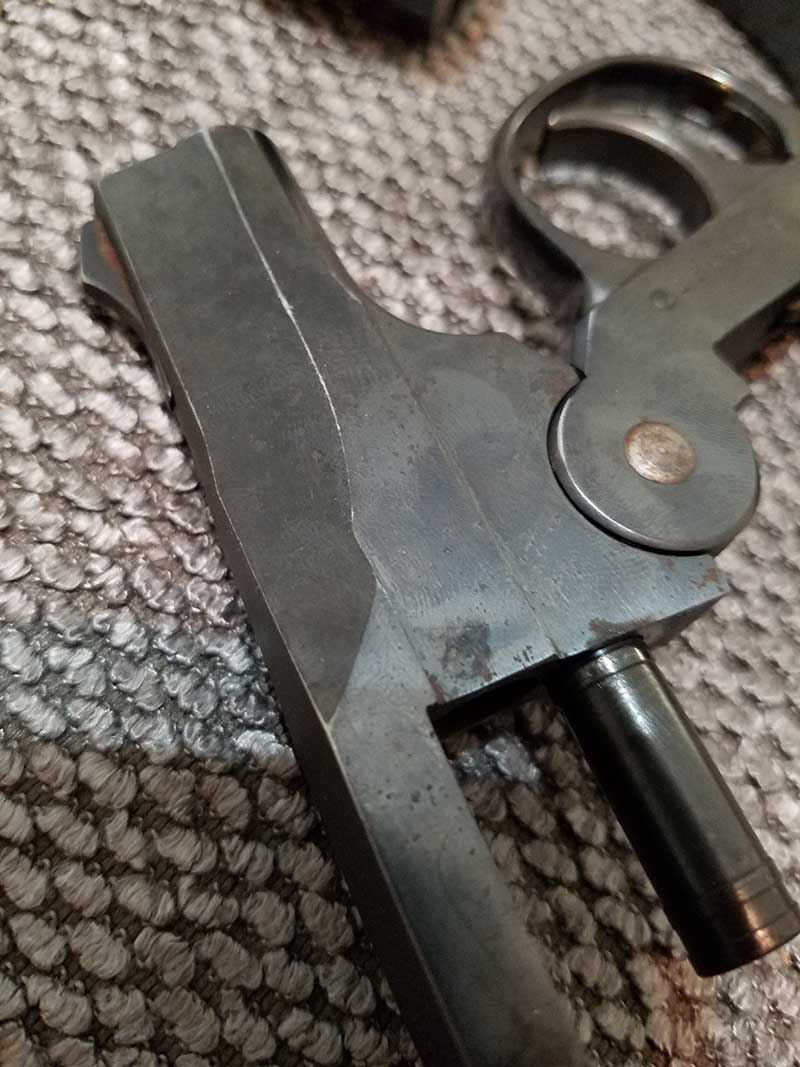 The reverse (right) side featured some pitting as well but nowhere near the amount of the left side. 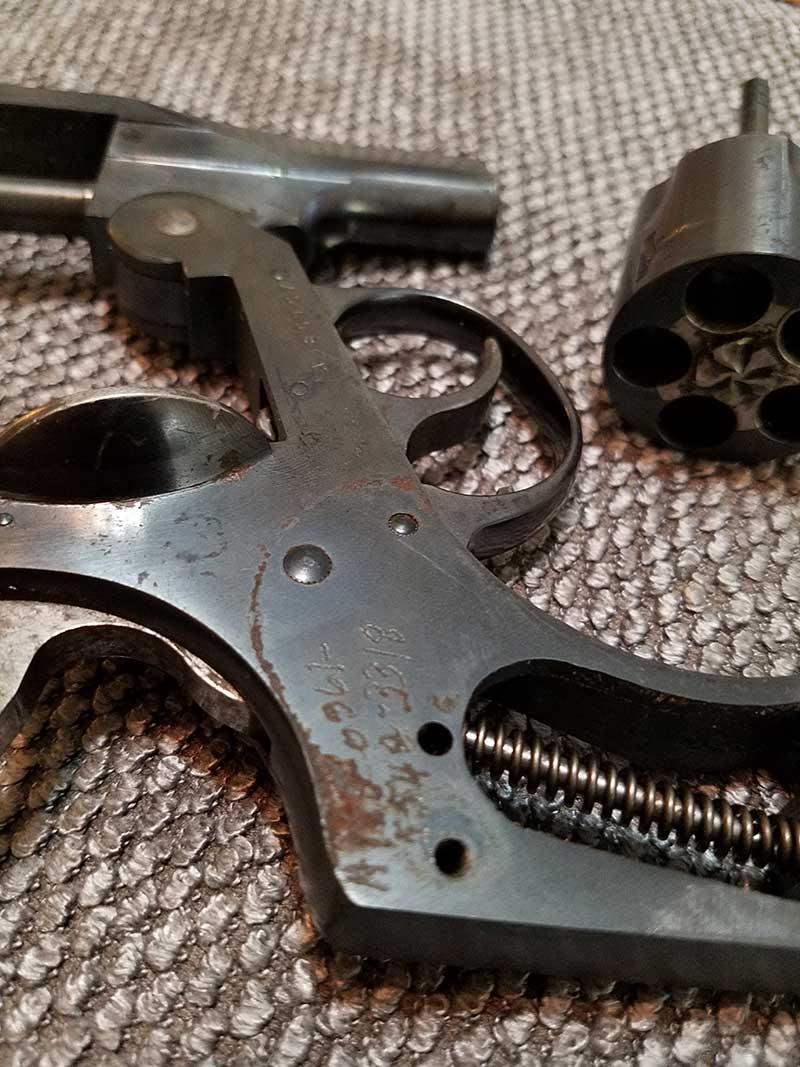 Moving down the frame (on the right side) saw a lot of surface rust that had accumulated along the grip line and underneath the top of the grip. The hammer and trigger weren’t in good shape either with an eye toward surface rust. I began with Birchwood Casey Debluer solution and some #0000 steel wool and started to pull the oxidation off. I knew, in time, if I let the rust go not only would it spread but it could very well seep into places that would harm the function of the weapon. 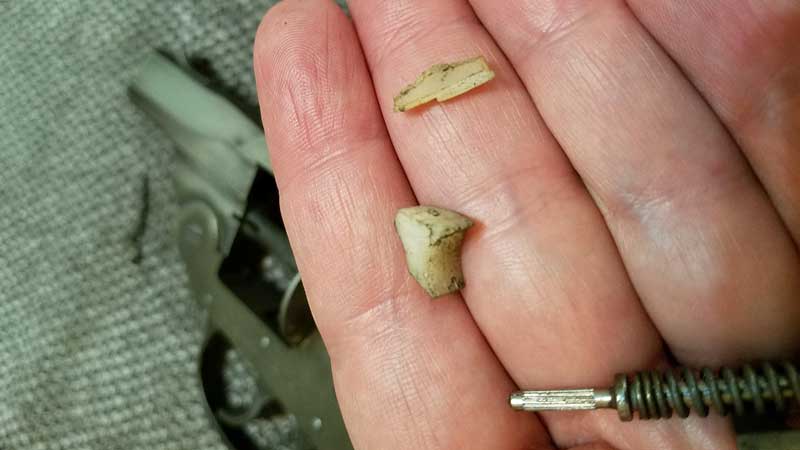 About midway through cleaning, I found another surprise when pieces of the nylon mainspring cap fell out fo the bottom of the frame. It’s always heartstopping when pieces fall off of a gun, but in this case, it was excellent they did it now when I had it apart anyway. A few searches on forums said this was a common problem for early model 925’s.

A little more research revealed that Numrich made roughly every replaceable part for the gun. $24.95 (plus shipping) netted us a new mainspring with a steel cap instead of the crumbly nylon version and was delivered in a few days. It fit perfectly and returned the gun to functioning condition. 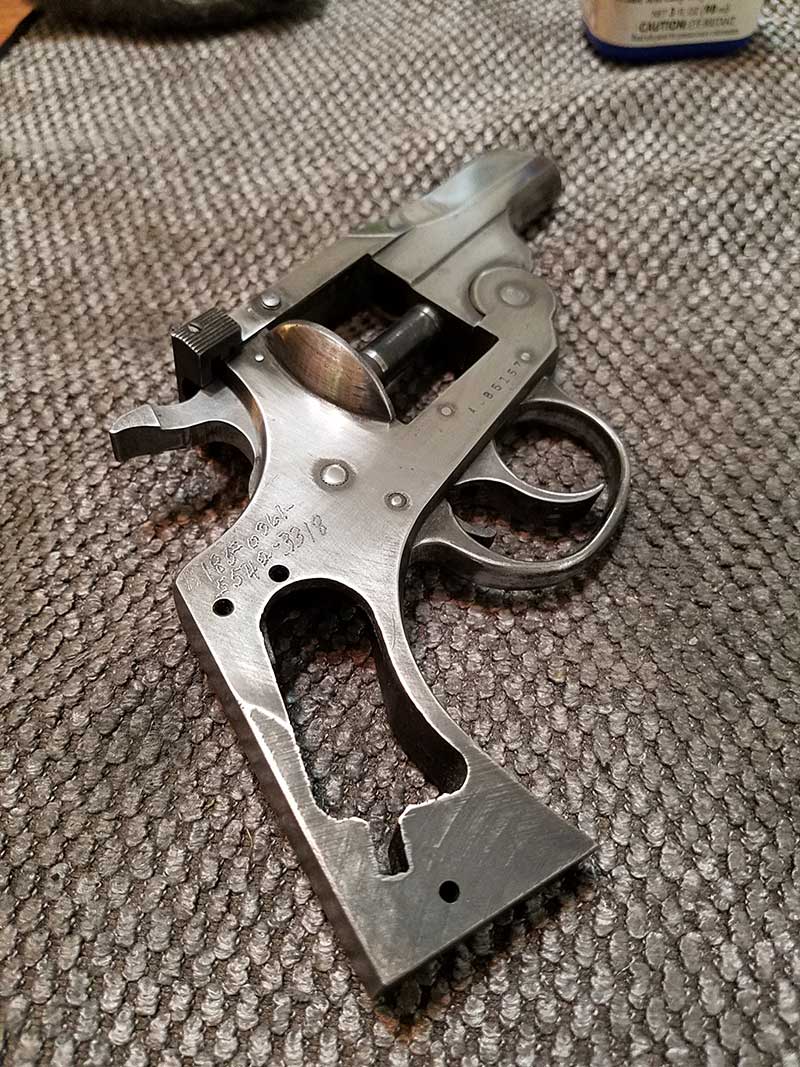 With no more pieces falling out of the weapon I proceeded to dump a lot of debluing solution on it and began grinding with high grit sandpaper and buffing with #0000 steel wool. Things are starting to look better. 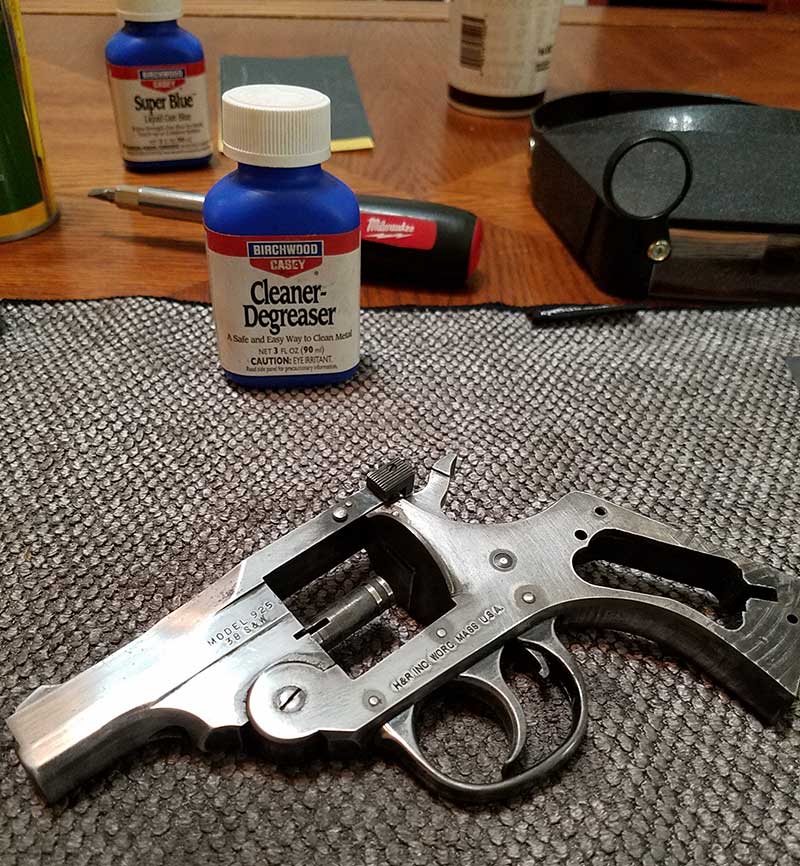 It’s definitely not perfect, however, the rust is gone and the pitting is greatly reduced but not gone. Seeing as how this is a roughly 60-year-old firearm and the pitting has been growing for a great while this isn’t surprising. However, I’m happy that it’s now freed from the scourge of orange oxidation and from any further damage coming to our newest acquisition. I still needed to do some touch up here and there but the hard parts were done. After a bit of cleanup with the cleaner/degreaser solution, it would be time for a reblue. 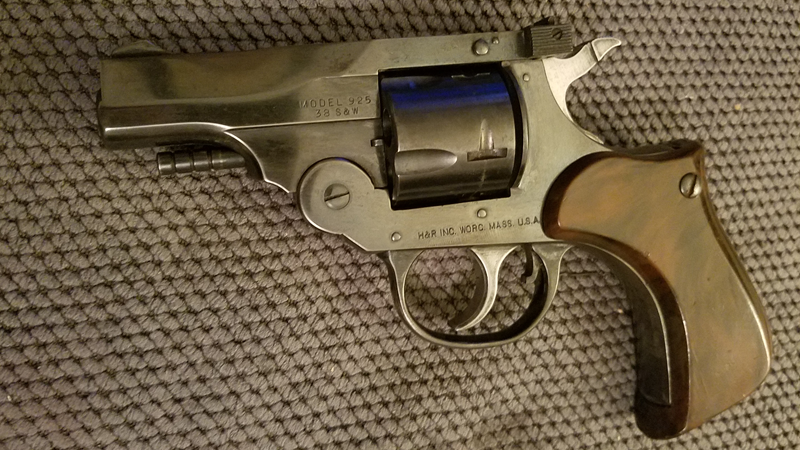 Is it perfect? Absolutely not. There are still pits and some rough spots but the overall condition has been much improved, the rust is gone, and it is even shiny – in spots. I would say it went from a rough “poor” condition to a respectable “fair” in the grand scheme of things. Not too shabby.