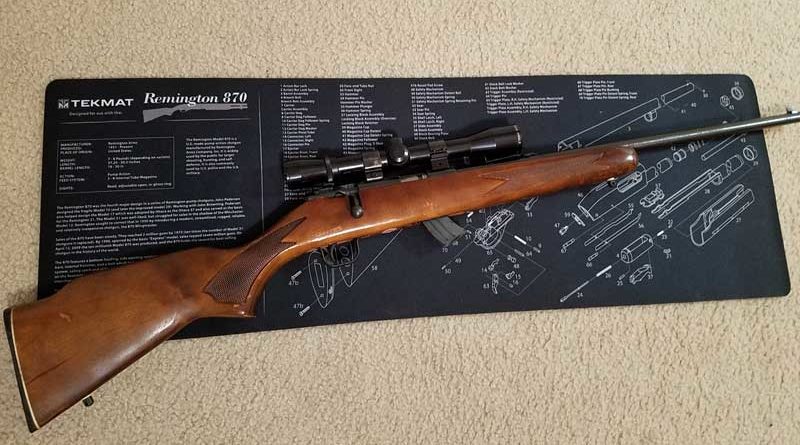 This is the rifle I picked out for our rescue project. The Lakefield Mark II .22lr. It’s a bolt action rifle made before 1995. We know this because it is a Lakefield and not a Savage Mark II. Savage bought Lakefield in 1995 and changed nothing but the name to the Mark II in ’95 then heaped glory upon it by make it Savage’s premier .22 bolt action rifle in almost every configuration you can think of. This particular Lakefield was built before all that.

As you can see from a few of the images below, our used rifle has had it’s share of hard knocks. Most of the steel is pitted, scratched, and rusted in some form. The wood stock (Made from Birch) is banged up at best. At a distance it looks OK at best, any good look at it will reveal a lifetime of hard abuse.

We aim to fix this. The next post will have some work done and a good step towards completion of the project.