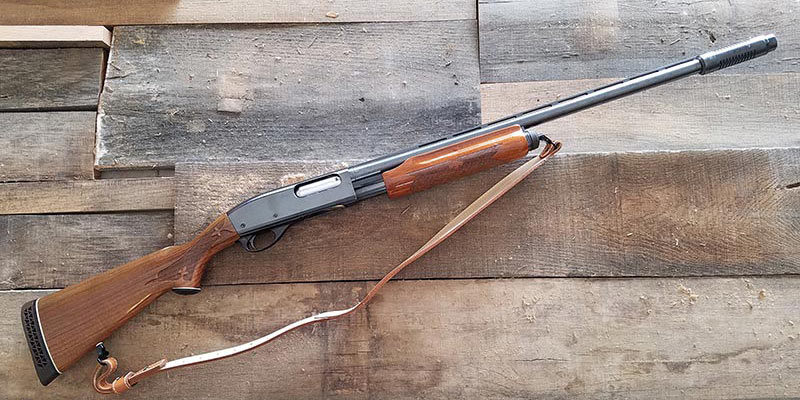 If you know anything about shotguns you’ve heard of the Remington 870. It’s one of the most modifiable and aftermarket ready shotguns available today next to perhaps the Mossberg 500. I found this one at a gun show in pretty sad shape last year. It had been through a lot and the passage of time marked that by the torn up stock and forearm and slight rust, light pitting, scratches, and marks on the receiver and barrel. The XX stamp put the barrel itself to be a 1951 and the whole gun looked it. But this 870 had a few things going for it.

The first thing was it was a 12ga. Wingmaster, I wanted one. The second was it had a Cutts compensator on it, I loved it. The third thing and much more important is all the wear and tear issues with it meant it was at a cash-only table marked for $160. So after some hemming and hawing, I went ahead and got it as I was going to use it as a shooter (all my guns are shooters), not as rack decoration.

Keep in mind that this was last year so I didn’t document this well like I’m doing with project guns today, however, I did grab a picture of the old forend that was on the gun when I got it. I’m reasonably sure it wasn’t the original but had been stuck on this gun at some point. The stock was even worse and didn’t match the forend. So already it was a piece parts gun. Luckily that’s not a problem for an 870. 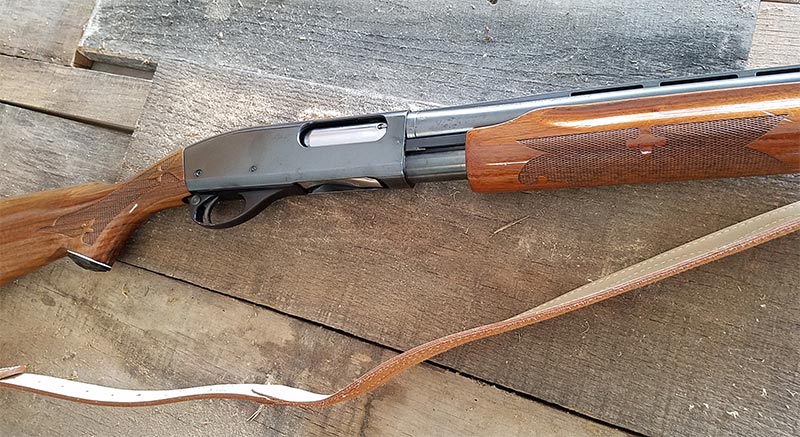 I started by stopping the rust and pitting with Birchwood Casey products once I had it apart. Then after a quick swap with a friend I got a fairly good condition Wingmaster stock and forend set and slapped that on the gun. They are a little banged up but for the folding knife I traded for them it was great. 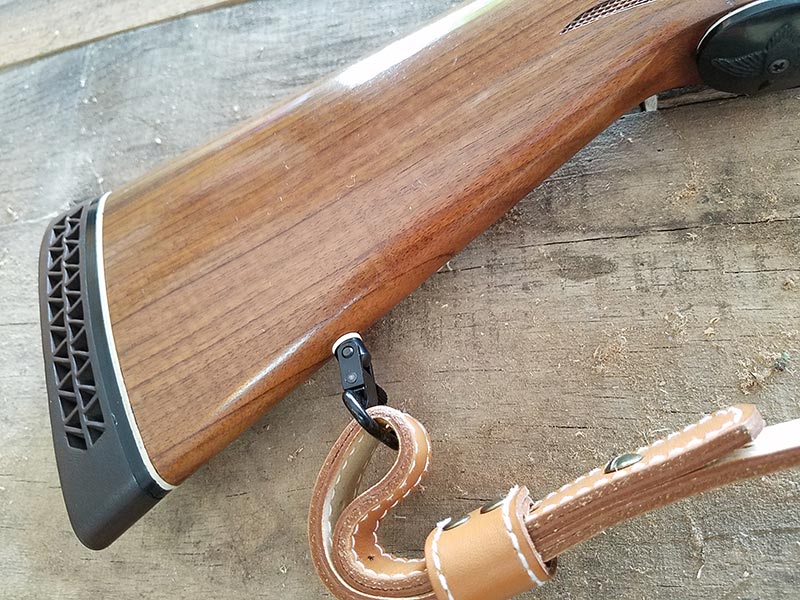 The stock I swapped for wound up having a LOP that was a touch too long (I prefer 13.75″ from the trigger to end) and this was at 14.25″ so I removed the old waffle pad and cut a bit off. With the new white-line pad it was starting to look good. Next, I drilled it out for the sling ring stud and got a nice one with the white ring to match.

A tube cap with a ring for the sling ring at the font and I attached a nice basic leather strap I picked up at a show for under $10 and the gun was basically complete. 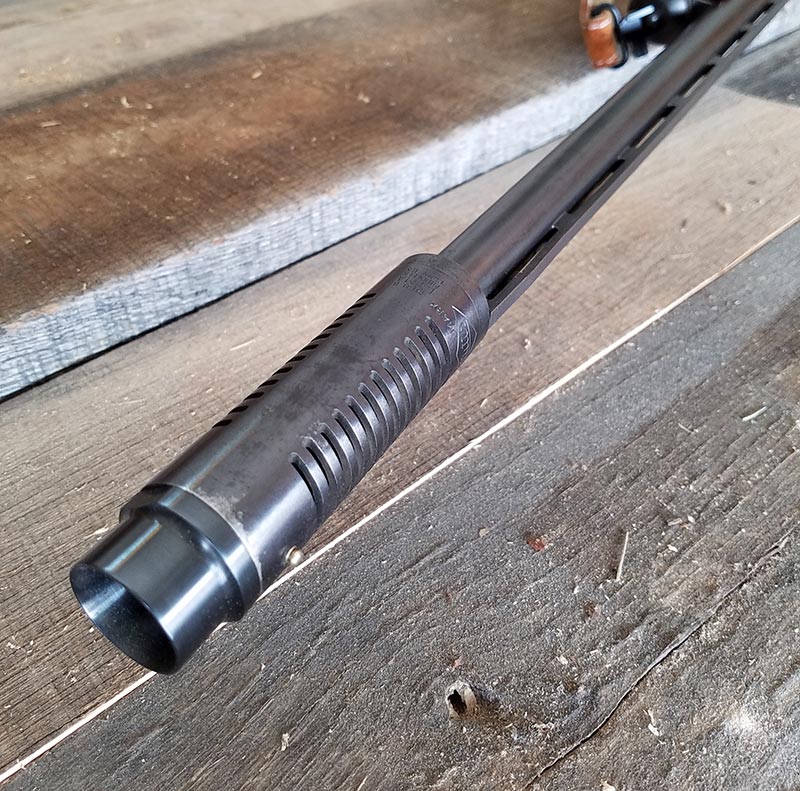 There was only one thing I wanted to do left and that was replace the old ‘full’ screw-in choke with a ‘skeet’ choke. I found a nice new-old-stock skeet choke for $15 on eBay that fit the Cutts perfectly.

With some scrounging, eBay finds and a little time and effort I stepped into this fully rigged out 870 out for two-hundred and change. Most likely someone might then say I could have found a Wingmaster kitted out similarly for about the same money if I looked around. In truth, that may indeed be true but I hadn’t seen one with a Cutts for anything close to that kind of money and I knew I could kludge it together just the way I wanted with minimal effort once I got a hold of it. Being that it was fun to mix and match it together and get a great field/skeet gun that was perfect for what I wanted I’ve always considered it a win.