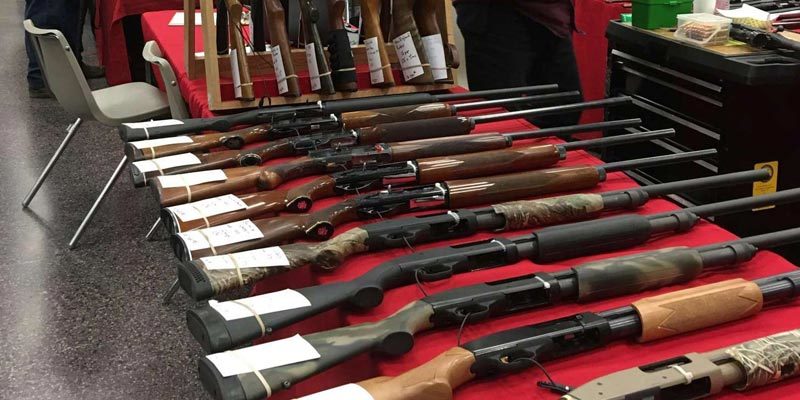 The car said it was 38 degrees outside when we rolled up to the Lewisville, TX gun show. It’s the closest show to both the old man and I and we meet there instead of carpooling. Today we sat in the car with the heater going and just waited for the doors to open but as always were excited to see what they had going on.

It’s the smallest of the premier gun shows at around 400 tables but we’ve had good luck there often enough it’s almost always worth going. We didn’t have a specific mission for this show so it was a browsing type of walkthrough, picking over vendors wares and looking for something to jump out at us.

We were some of the first folks in line for the start of the show a little before 9 am (start time) and both of us got the vaunted $10 ‘coop’n’ that spends like cash. I desperately needed a gun matt so I picked through a pile of them on a vendor table until I found rifle matt with an exploded view of an 870 on it that was priced exactly $20 which meant both coop’n tickets were not wasted. By that time we had walked the show about a time and a half and were almost defrosted from the outside wait in the fridged weather and decided to call it. We walked out feeling good but a touch cold.